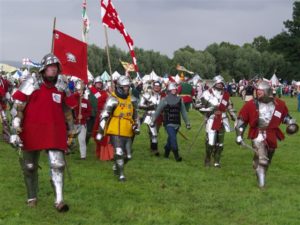 I’ve been harboring resentment for a long time because a bookstore chain in Vermont refuses to stock Createspace authors (Amazon owns Createspace). This is part of a long fairy tale battle with the Amazon giant as the bad guy and the small independent book store as hero. In some respects, it may be partly true, although many independent bookstores have stepped up their game and are the better for it, in fact, seem to be  thriving. One in particular boasts proudly that it supports, publishes and promotes Vermont authors and now has 3 or 4 branches up and down the state. They also trumpet loudly on their website that they will not stock Createspace authors. I know I probably shouldn’t be offended by this but it rankles, it really does. I chose Createspace to publish my books way before I knew anything about this rift. I chose it for it’s great staff, the fact that it is free and the ease with which you could market your books. So I will approach the other book stores out there. It’s just too bad that they’re sticking to this because I checked their supposed special ‘Vermont Authors’ and they’re all on Amazon as well. So what’s the point?

Now I find out that not only do little independent book stores battle against Amazon, they also fight with each other! Ha! I feel better somehow. After attending a lovely poetry open mic at that same bookstore, I heard an author who read a section of her novel which was published through a different bookstore’s publishing platform. She told the audience it would probably cost more if it was ordered through the bookstore I was at. So, they have their own little squabbles going on? Everyone beating their own drum and competing with each other. I don’t know. It doesn’t make sense to me on a lot of levels. But I will infiltrate! Next time there’s an Open Mic, I will read something from my WIP, The Key and the Bee Hive. So there!

Really, it’s all terribly silly and the two ladies that run the book store are wonderful, lovely poets in their own right. But if they ask to stock my books, I will have to explain the whole ridiculous mess!